Xena wins division in 2020 Around the Island Race 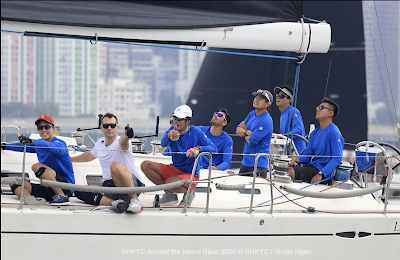 So, I'm only two months behind the news... Oh well....
These photos chosen from Royal Hong Kong Yacht Club Facebook page on the race. Thanks to Guy Nowell and Vivian Ngai.

In the China Coast Regatta, over three days starting tomorrow, she’s skippered by Mark and Dominic Law of X-Yachts HK.

The China Coast Race week this year also included a Cat 3 A-to-A race, in Hong Kong waters, though seems Xena not taking part in that.

LATER (12 Oct): And wins the Div. Click screenshot to enlarge and clarify...

Email ThisBlogThis!Share to TwitterShare to FacebookShare to Pinterest
Labels: CCR 2020

Our lovely Xena is in new hands, the family of Mark N.  And in good hands too. We’d only just done the handover, and she was off to the 13th China Cup.  held in Chinese waters just North-East of Hong Kong, in Shenzhen’s Daya Bay.
She was sailing under the name Zhen Ao Sailing Team A.
Xena led the pack for three days, then came the discards and she sat second, until the final race, which was the decider, and was pipped by just 30 seconds. The other way around and it would’ve been decided on count-back for a Xena win....
So a wonderful second in a big and strong fleet of 21 boats in IRC B.  (Results).  Also screenshot below.
Stevo was skipper as Mark was racing in his 60’ Beneteau. (Zhen Ao Sailing Team).
Here are some photos courtesy Stevo: 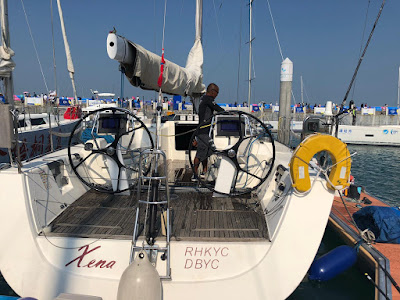 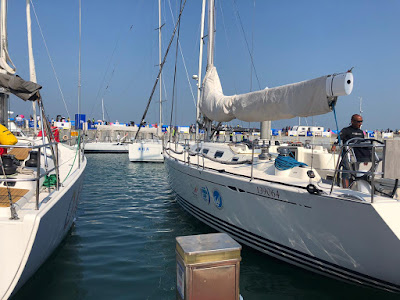 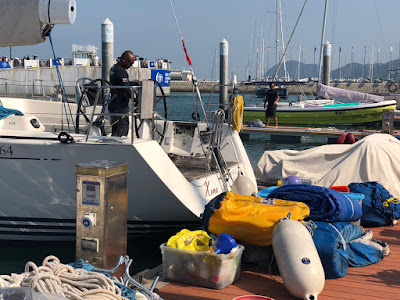 Veteran sailor Karl Kwok is pushing for Hong Kong to be a stopover in the 2012-22 Ocean Race (ex the Volvo Ocean race). [here]

It would sure be a better choice than Qingdao or Sanya which I thought at the time were chosen by folks who naively thought there’d be commercial gains.
Posted by Peter at 11:04 1 comment:

Email ThisBlogThis!Share to TwitterShare to FacebookShare to Pinterest
Labels: Other races

‘We can do something special’: Hong Kong’s Scallywag takes second in thrilling Volvo Ocean Race battle with AkzoNobe

Hong Kong’s Sun Hung Kai/Scallywag earned second place in the sixth leg of the Volvo Ocean Race after one of the most exciting finishes in the competition’s history, sailing into Auckland, New Zealand last night just two minutes behind winner Team AkzoNobel.

In what was effectively a match race between the two leaders, the lead changed hands multiple times over the last 50 nautical miles with the Dutch boat narrowly managing to hold off a determined David Witt and his crew. 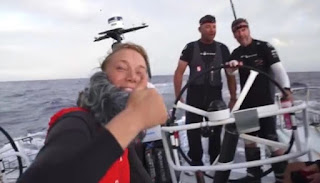 Whoops! The self-righteous virtue signallers strike again! And at our Hong Kong boat. Grouch.
Dee Caffari says it best: "... to have singled out these guys for a charge when it's clear that nobody on their boat felt offended in any way seems misguided to me".
Anyway, the jury judged good...


Mates we know on boats we know.
And congratulations to Jamie for winning overall in his Etchells, Shrub.
Good shout out to Vineta with a number of friends aboard:

McWilliam was delighted with the win and said: "Sailors talk about how the Around the Island Race is never the same but today was really not the same. I thought that Helmuth Hennig's Marten 49 Vineta sailed the best from Green Island to the finish that I have ever seen, I don't think they missed a single thing. There were more lead changes in the Etchells then I ever remember. [Article here]

Meantime I was on the committee boat, Hector Ross, at Stanley Gate, with Claire, Adrienne, Helle and Tove.  Good fun checking all the 230+ boats going by...
Posted by Peter at 09:12 1 comment:


Sent from my iPhone
Posted by Peter at 18:30 No comments:

So Hong Kong has its own boat in the Volvo race starting 22 October, the VO65 "Scallywag" owned by the chairman of Sun Hung Kai, Lee Seng Huang, and skippered by Aussie David Witt. Link here in the South China Morning Post report (free and no registration needed). There's also video of Scallywag training in Spain at that link.  Good stuff!


I met David Witt a few years back when he was here with the other Scallywag the 100-footer, Syd Fisher's ex Ragamuffin which they raced in the Sydney-Hobart.  We were also in few regattas with that Scallywag.  Can still remember them thundering past us at the top mark in a race, cutting inside (legally!) and making us look like we were standing still...

Jing and I also spend a fair bit of time at the stand-up Punchline Comedy club at the Sun Hung Kai Centre in Wanchai, Mr Lee's head office, so heaps of connections!

Hong Kong sales of luxury yachts buoyant, but lack of spaces to moor them is holding the market back | SCMP 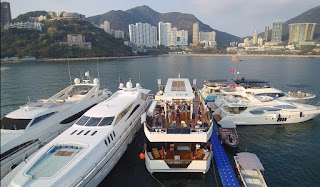 I've written about this problem over the years: lack of space to park boats.
It's still a big issue because the government simply doesn't care.
Sent from my iPhone
Posted by Peter at 11:19 No comments: 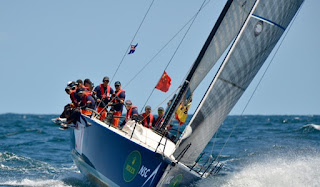 China plans to start an international sailing competition modelled on two of the world's most challenging open-ocean races – Britain's Fastnet and Australia's Sydney-Hobart – as one of its commitments to protecting the world's oceans.

It's planned to start from Zhongshan Zhoushan Island just south of Shanghai, East of Ningbo. Inaugural race set for second half 2018.

Email ThisBlogThis!Share to TwitterShare to FacebookShare to Pinterest
Labels: Other races

Hong Kong in the Volvo. Yay! 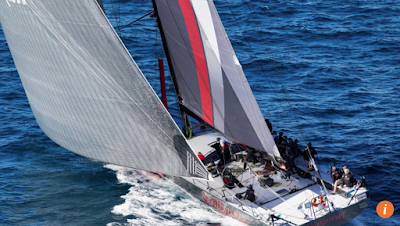 Scallywag crew, skippered by David Witt, will take part in one of sailing’s most prestigious events – which visits Hong Kong in 2018
Hong Kong will have a yacht in the 2017-18 edition of the prestigious Volvo Ocean Race, it was confirmed on Thursday.
Lee Seng Huang, executive chairman of Sun Hung Kai & Co, will run the crew from his supermaxi Scallywag in the round-the-world race, considered one of the most challenging events in sailing.
Hong Kong will be a host city in the event, held every three years, for the first time early next year.
“This campaign will showcase world class competitive offshore sailing in Hong Kong and China with the first time stopovers for the Volvo Race in Hong Kong and Guangzhou. I have every confidence that Team Sun Hung Kai/Scallywag will make Hong Kong proud,” said Lee in a statement issued by organisers.
He hopes the campaign can “promote competitive sailing in Asia and build a long-lasting youth sailing legacy in the region”.
In an interview with the SCMP in January [1], Lee described how he developed a fascination with sailing growing up in Sydney near the start line of the famed Sydney-Hobart Race. He described watching the yachts as “an expensive curiosity”. 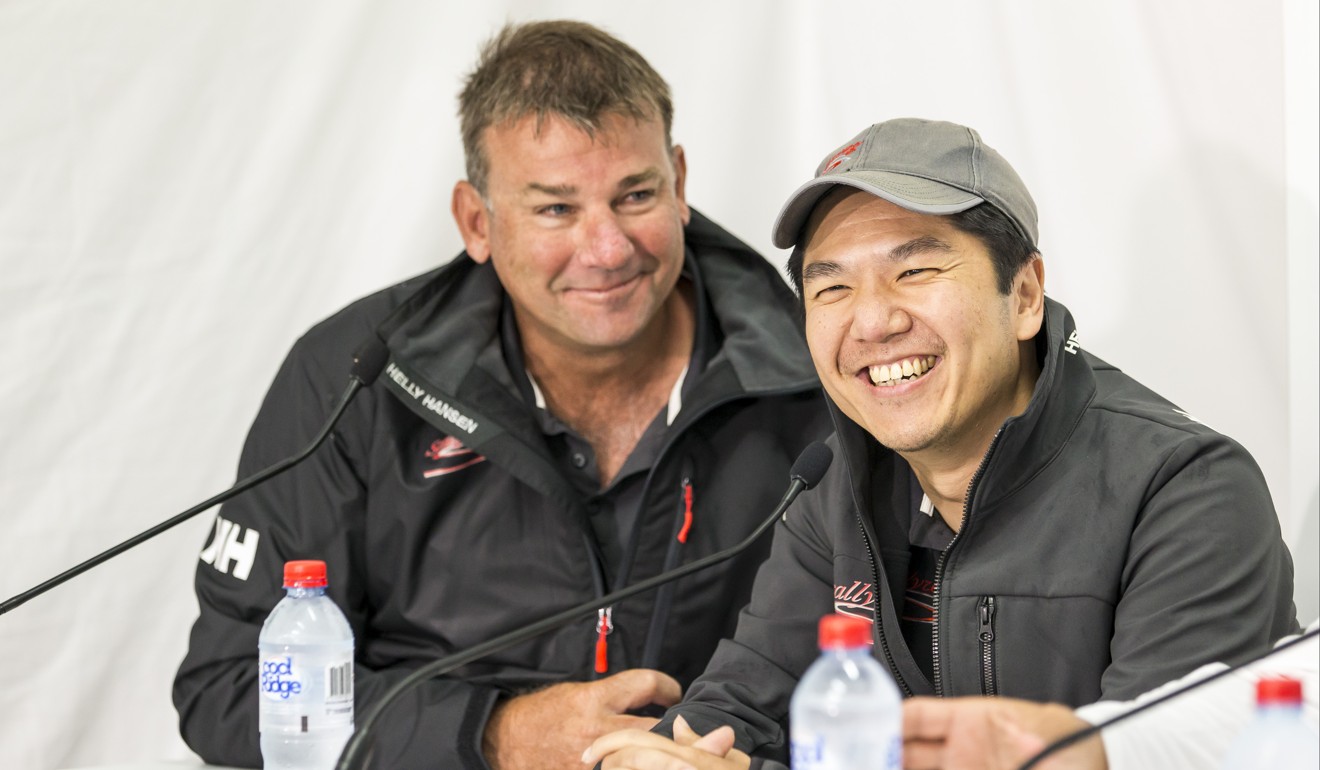 Sun Hung Kai & Co executive chairman Lee Seng Huang, owner of Supermaxi Scallywag, and skipper David Witt in the lead-up to the 72nd edition of the Sydney to Hobart race. Photo: Rolex/Daniel Forster.
When renowned Australian sailor Syd Fischer decided to retire and sell his 100-foot yacht Ragamuffin – third in the Sydney-Hobart in 2014 and second in 2015 – Lee stepped in to take over, renaming it Scallywag at the suggestion of his daughter.
How a Hong Kong tycoon’s ‘expensive curiosity’ led to a sea rescue and a record in the Sydney to Hobart race [2]
Keeping the same crew, the boat has set numerous speed records from its HK base, including a new landmark in the Hong Kong to Hainan race (23 hours, 31 minutes and 52 seconds), third place in the 2016 Sydney-Hobart [3] and most recently smashing the record in the San Fernando Race from Hong Kong to the Philippines by more than 15 hours (34:27.15)
In the Volvo Ocean Race, the crew will race a Volvo Ocean 65, skippered by Scallywag captain David Witt, the Australian who has raced Sydney-Hobart more than 20 times and who last competed in the Volvo race in 1997-98.
“This is a fantastic opportunity for the Scallywag team to represent Hong Kong on a truly global stage,” said Witt in the statement.
“With the race returning to a more traditional route and competing in One Design yachts, we feel that we are capable of achieving something that has been a life-long personal dream.” 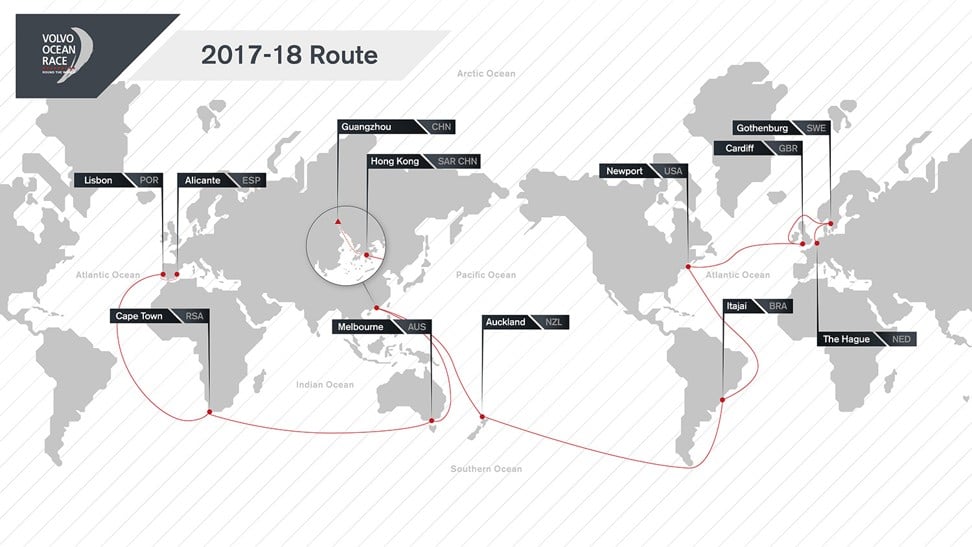 The latest version of the Volvo Ocean Race 2017-18 Route Map. The route will see the boats race three times more Southern Ocean miles than in recent editions, visiting 12 cities around the globe. [4]
The other confirmed entries so far are team AkzoNobel (skippered by Simeon Tienpont, Netherlands), China’s Dongfeng Race Team (Charles Caudrelier, France), Mapfre (Xabi Fernandez, Spain) and Vestas 11th Hour Racing (Charlie Enright, USA).
The race will start from Alicante on 22 October, with the fleet capped at eight Ocean 65 yachts.
Teams will cover a total of 46,000 nautical miles stopping at 12 host cities – including Hong Kong in early 2018 – and finishes in The Hague at the end of June.
“We are delighted that Hong Kong will be represented by a syndicate for the first time, especially as it comes during the first ever Volvo Ocean Race to feature Hong Kong as a leg,” said Richard Mason, chief operating officer of the race.
“With a fast yacht, skippered by an experienced captain and the support of Mr Lee, Scallywag promises to be competitive and we are confident that they will be well supported by the public during their historic stopover in Hong Kong.
A series of races will be held in and around Hong Kong during the stopover including the competition race, a Victoria Harbour race and an Around the Island race.
The boats will be moored at Kai Tak Runway Park, which will be the home of the Volvo Ocean Race Festival, a 15-day carnival that will be free to the public.
More on this:
How a Hong Kong tycoon’s ‘expensive curiosity’ led to a sea rescue and a record in the Sydney to Hobart race [1]
Hong Kong super maxi Scallywag smashes San Fernando race record [5]
Scallywag grabs third place in Sydney-Hobart yacht race to make Hong Kong proud [3]
Posted by Peter at 16:04 No comments:

Click on Label for all Posts on that subject... 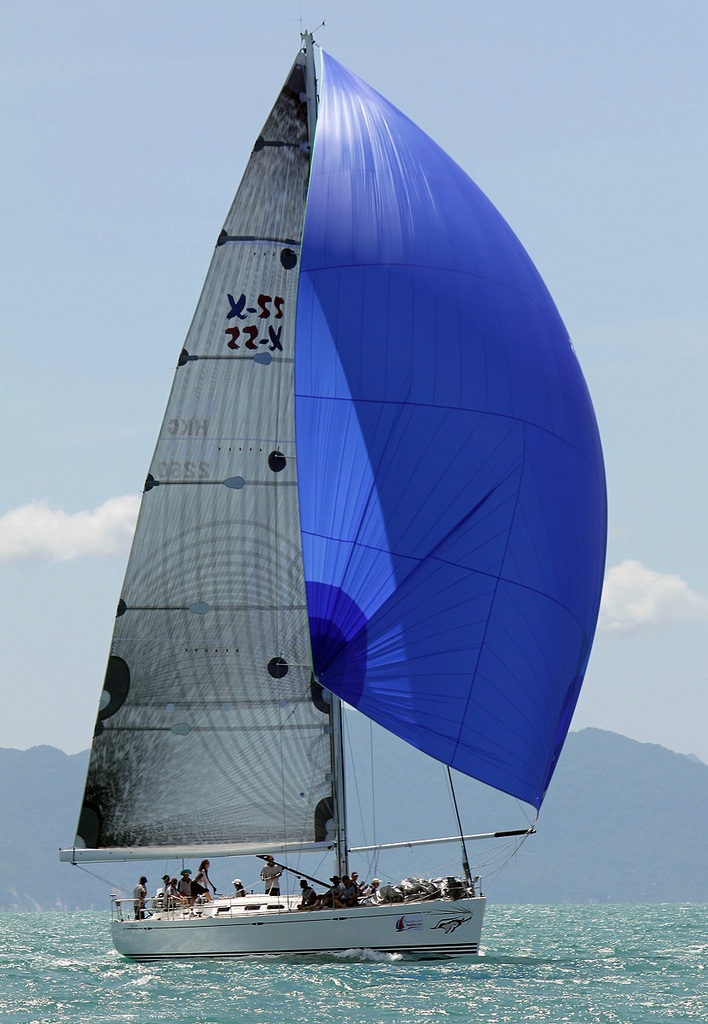 Click above to go to our Cape-Cairo adventure in 2011 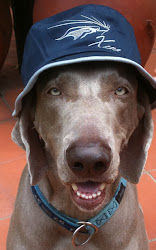